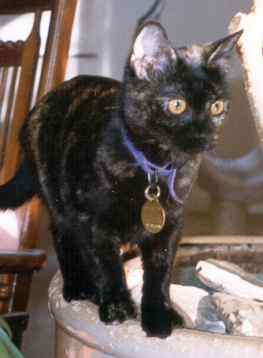 Babbette, a beautiful gold and chocolate tortoise-shell, is a tiny little thing, weighing in at only five pounds.  Babbette, with her unlimited energy, joined Carel and her six other cats, (and an occasional Kitty Angels foster kitty), in late 1998. 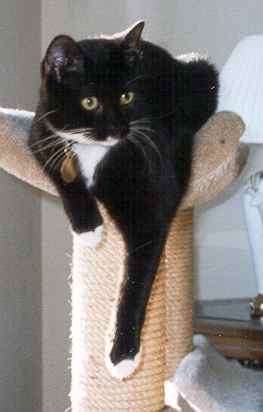 Scooter is huge - when this picture was taken he was only 10 months old but already weighed fifteen pounds - and he is still growing!  Scooter is also known as "Jello bones", he is like a big plush toy.  He joined Carel, her six other cats, (and an occasional Kitty Angels foster kitty), in late 1998. 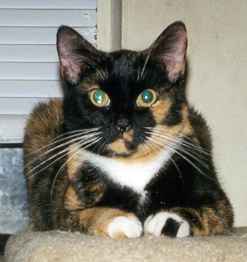 These two cats came from one of the worst situations Kitty Angels ever investigated. They were found in a house with thirty other cats, with no food nor litter boxes. When found, they were terrified of people and in awful shape. Norah (top), the mother cat, is now the sweetest thing and is very good natured. Myra (bottom), the daughter, likes to be petted but is still afraid from being so neglected. Both are cherished members of Lena's household, which includes three other cats and a German Shepard. 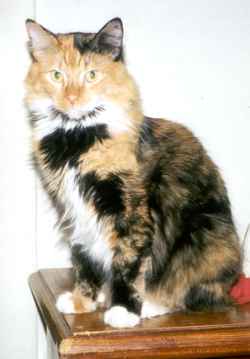 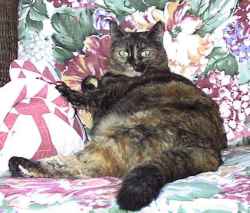 Mem was adopted in 1996, along with sibling Bitsy, by Jenny and Dick.  In this picture, Mem illustrates the utter contentment of being (and knowing) you're the queen of the house.