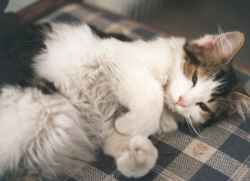 Sadie was adopted in 1999 by Michelle and Bill.  Sadie joins her new sister Sculley and has settled right in to become a very loved member of the family. 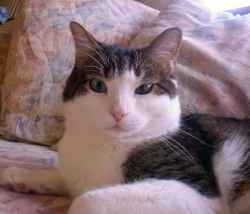 Mojo (top) was adopted in June 1996 by Paul and Stephanie when he was 11 weeks old. His sister Rusty (bottom) was adopted in October 1996. Mojo is outgoing while Rusty is a shy little girl, but she loves to be petted and cuddle up on the couch and in bed. They both enjoy watching the birds at the bird feeder and really get excited when squirrels visit the deck. 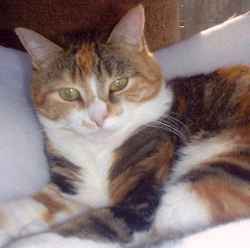 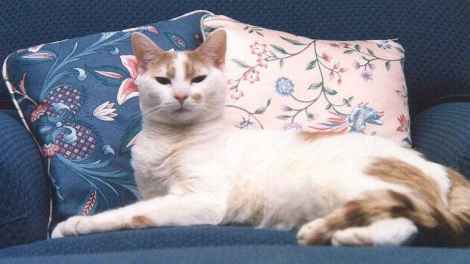 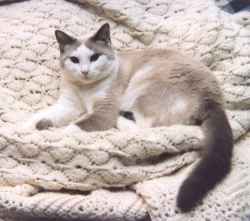 Sophie (left) and Junior (aka JR, above) are the newest members of Dick and Sara's four-kitty household.

Sophie is approximately six years old and is the waif kitty of the herd, weighing in at 6.5 pounds. Despite her size, she takes a back seat to no one. As you can see from the picture, she prefers 2 afghans on the couch. Talk about the princess and the pea!

JR is approximately a year old now and weighs in at a whopping 16 pounds. When we adopted him, he was "advertised" as being a 10. We're sorry Joan, he's only a 9.9. He likes food WAY too much!