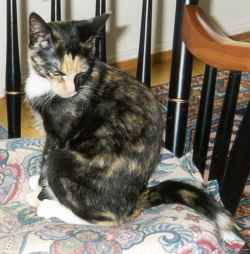 Emily (top) and Robert (bottom) were adopted by Camilla, who writes, "Robert is such a handsome devil and Emily is one of the funniest cats I have ever known.  I'm convinced she's hyperactive, but she is so much fun.  They have worked out beautifully." 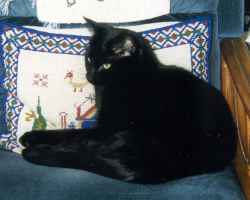 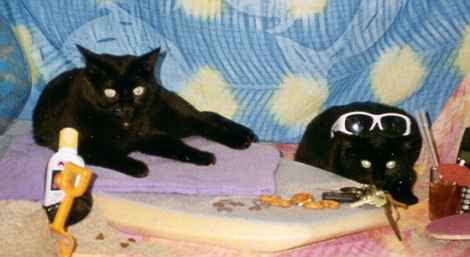 These two beachgoers are Midnight and Starlight, adopted as kittens by Wendy and Charles, who write, "These two kitties, who were sent by Santa's Angels in December 1994, are the best-loved, happiest and loving kitties. Our three children have shown great care towards them and we thank Kitty Angels for giving us such a gift!" 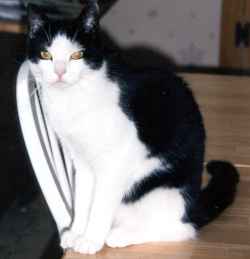 Blackie (top) and Brownie (bottom) are sisters who were adopted by Chip and Jacki in March 1996. "They are both love-bugs and each is charmingly eccentric. Blackie has a major "shoe fetish", and loves everyone's shoes. Brownie usually spends all night in bed camped out on top of our sleeping daughter." 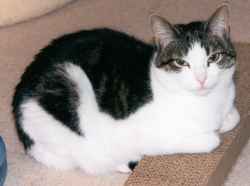