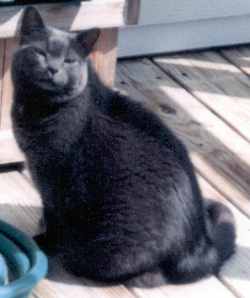 Hillary was adopted from us more than 10 years ago by George. After George died, Shirley took Hillary in to her life. Shirley writes, "It was love at first sight with George and Hillary. He talked about Hillary all the time and I never forgot to ask about her. She grew on me too, even though I didn't see her every day. Hillary was George's best friend and, after he died, she became my best friend, on her terms. She got used to me being here every day and giving her lots of love and attention, knowing that I wasn't going to leave her alone for very long.

"There will never be another Hillary, she was one of a kind. I loved her as much as George did, and her trip to Florida with me was the highlight of her life. I miss them both dearly." 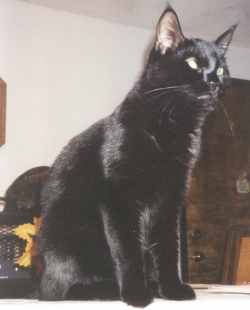 Winston, was adopted as a kitten by Marge, who writes, "This is Winston, all grown up, but he still has a kitten meow. He is very loving and friendly, and we love him and enjoy his antics." 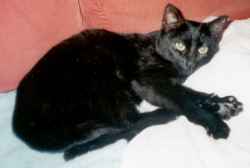 Mia was adopted in December 1999 by Pat, who writes, "Mia loves her new home very much, and we love her so very much." 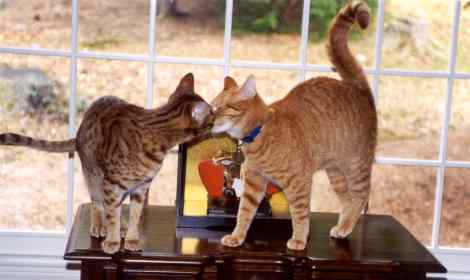 Hemingway (on the right, with his pal, Spot) was adopted by Leo, Helen and Peter, who write: "He's still a little shy, but what a gem he is! Spot keeps him on his toes, chasing him around the house. Thanks so much for the sweetest little guy!"