Carrie and Monroe were two of eleven kittens rescued by Kitty Angels in November 1996 and adopted by Bob and Deb in March 1997. They have certainly settled in and made themselves at home. Carrie is the brown tiger female and Monroe is the black and white male. They love to watch "Video Catnip", their favorite Saturday night treat. Both come running when it's time for "loves". 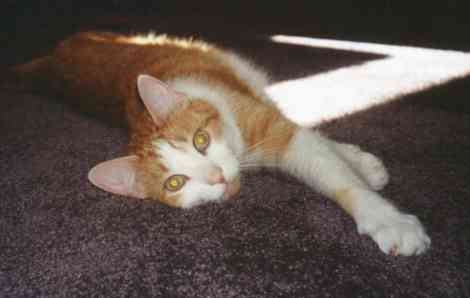 This is Bailey, who was adopted by Chris and Heather in the fall of 1997 when he was five years old. Bailey is a real snuggler and loves to sleep on laps and in bed. He is a little ornery at times toward his new siblings, but overall he is a real sweetheart.

Daniel was adopted by Chris and Heather in the fall of 1996 as an 8-week-old kitten. He is still very shy and won't let them pick him up, but he is making a lot of progress and jumps up on the bed in the morning to be petted. Daniel is very sweet and loveable and he adores his new siblings, nuzzling them and purring at them. 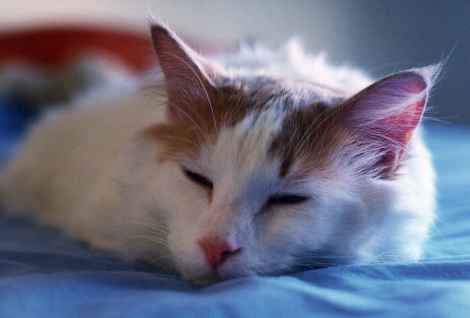 This is Van "The Man", adopted by John. Van enjoys his brushings on the deck, listening to LPs on the sofa, and watching John be online from the bed. He prefers relaxing and looking out a window at the various scenes of urban life.

Van is a great cat and John looks forward to each day with him.