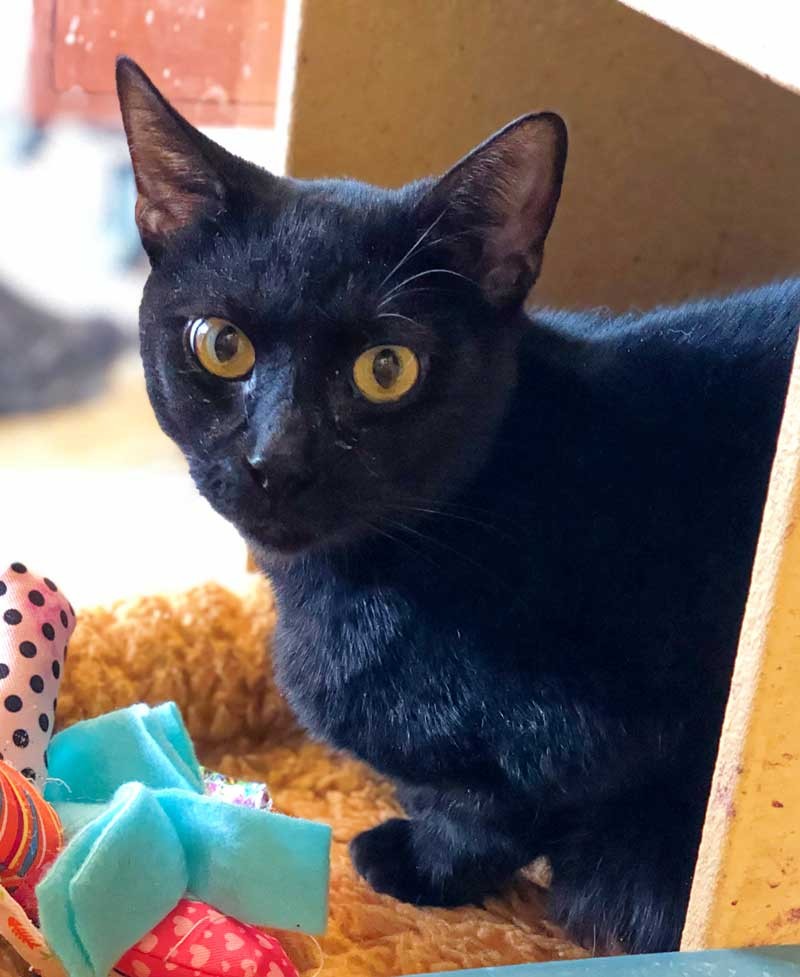 Kylo Ren is named after the Star Wars character. He was found wandering around the bushes in a condo community, all alone. There was no Momma or other kittens in sight, which was troubling since he was only a couple of months old. Smoky came to the same foster home when he was about four months old; it took a bit of time for them to learn to play with each other, but soon they were buddies.

Kylo has grown up with multiple cats as well as a large dog, so he is used to both. He likes to have his "me" time, but then will come looking for you and hop into your lap for a cuddle session. He loves chasing light reflections on the ceiling and would go bonkers for a laser toy.

When Kylo was about three months old, he got an eye infection. It was treated immediately, but sometimes his left eye will get watery; it is nothing to worry about.

We would like to see Kylo and Smoky adopted together, but if not, a home with another animal would be best.

If you would like to know more about Kylo Ren, or any of the other cats we have available, please contact us.

Can't adopt Kylo Ren but would still like to help? Please consider dedicating a donation to Kitty Angels in his honor.